Jaw disorders can cause problems for similar reasons at different ages 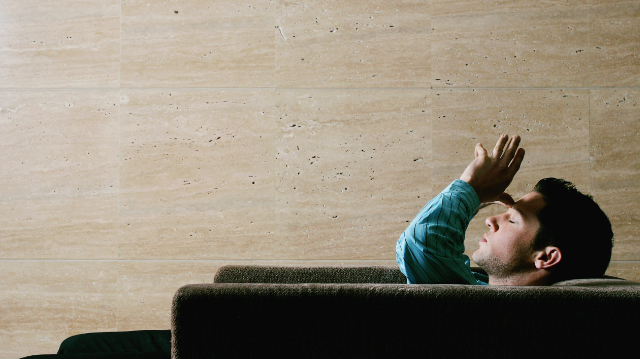 Pain can develop just about anywhere in your body, and regardless of where it occurs, can prove to be an annoying problem. The jaw is one region that doesn’t get discussed as often as more common injury sites like the knees or the neck, but disorders of the jaw are actually more prevalent than you may think. These types of issues—which are called temporomandibular disorders—affect millions of Americans every year and typically cause nagging symptoms like jaw pain and headaches. Some people are more likely than others to have a problem with their jaw, but they can occur in anyone and at any age.

The temporomandibular joint (TMJ) is a hinge joint that connects the part of the skull directly in front of the ears (temporal bone) to the lower jaw (mandible). It allows you to move your jaw up and down and from one side to the other, which is necessary for talking and chewing. Temporomandibular disorder, or TMD, is a general term used to describe a variety of conditions that cause pain and dysfunction in the jaw, jaw joint, and surrounding facial muscles that control chewing and jaw movement.

The definite cause of TMDs is still unclear, but some theories suggest that they may be due to injury in that region, grinding, or clenching teeth, osteoarthritis, or stress. Symptoms vary from patient to patient, but some of the more common signs of a TMD include the following:


TMDs can occur as early as infancy, but are not frequently seen in this age group and are more likely to develop somewhat later in life. When a newborn or young child is diagnosed with a TMD, it’s typically related to a deformity that was present at birth. But as children age, the likelihood of experiencing a TMD increases, particularly around the teenage years. Girls are more likely than boys to have an issue with their jaw.

It’s difficult to define exactly what causes a TMD in children and adolescents, but most experts believe that overexerting the jaw is at least partially responsible. Overexertion can occur from high levels of stress or anxiety, repeatedly clenching the jaw or grinding teeth—which is called bruxism—or from a traumatic injury such as one sustained in sports. High stress levels can actually make kids more likely to tighten their jaws, and over time, these behaviors will change the alignment of one’s bite and affect the muscles used for chewing. Regularly using a forward head posture with slouched shoulders and a rounded upper back may also contribute to the development of TMDs, since this type of posture can affect how the jaw closes.

The risk for TMDs continues to increase to a certain point, as the majority of cases are seen between the ages of 20-40. About 15% of adults currently suffer from a TMD, and once again, women are at least twice as likely to get them than men. As with younger populations, a highly stressful lifestyle, injuries to the jaw, and frequent jaw clenching will all remain factors that could play a role in the development of a jaw problem. Unregulated stress and a long-term habit of jaw clenching will likely increase this risk even more on account of the repeated stress placed on the jaw over time.

But there are also some risk factors that are unique to adults and may also increase the risk for developing a TMD. Arthritis—which includes rheumatoid arthritis, osteoarthritis, and gouty arthritis—is more likely to occur later in life. These types of arthritis can affect various joints of the body, and if one of the TMJs is involved, the risk for experiencing a TMD may be higher. Muscle spasms caused by other medical conditions or injuries may, as well as changes in the structure of teeth from dental procedures or the wearing down of teeth may also become more likely in older age. Both of these factors can also play a part in the development of a TMD.